Actually a beam design is best if there is more material at the top and at the bottom with a vertical piece connecting the top and bottom. This is because the bottom of a beam is in maximum tension and the top in maximum compression at midpoint of span. The connecting vertical piece resists shear which occurs mainly toward the support points. Therefore the steel I beam exists for this reason. The best wood beams are also shaped like an I beam (sometimes a plywood vertical with 2×4 at top and bottom). In concrete, steel reinforcing rods are mainly in the bottom to resist tension, but in other locations for different load conditions.

Why depth of beam is greater than its width?The major function of beam is to resist bending moment generated by applied transverse load or to resist the deflection which generates again high Moment on beam. Increase bending moment and deflection in overcome by increasing depth of beam and providing more quantity of steel in in bottom tension zone of concrete fibre. So this applied Moment is resisted through the special property of beam “EI” which includes type of material (Modulus of Elasticity) and dimensions of beam (width & depth).

Now in general all beams are designed as rectangular type due to simple, rapid construction and provides good support to the slab.

The various type of rcc slab load like live load dead load runs horizontally from all sides of slab and transversely applied on rcc beam, now RCC beam structure vertically transferred all the load acting on it to column and column and transfer it’s all building structure load safely to bed of soil.

Major load in a structure is mostly the Dead Load ( self load ) which covers minimum roughly 60% of the total load and it is always in downward direction. So to resist the Moment (induced by the loading), modulus of elasticity property comes into picture and as material is fixed so Modules of Elasticity(E) does not change. So to resist large moment caused by downward load , Moment of Inertia (I) value has to be increased which is dimensional property of beam.

Why depth of beam is greater than its width? to resist the bending moment caused by transverse loading acting on beam, depth of beam (parallel to the loading plane) is to be increased. Increasing width can also provide large MoI but that will not be economical to do. That’s why beams have depth more than width. 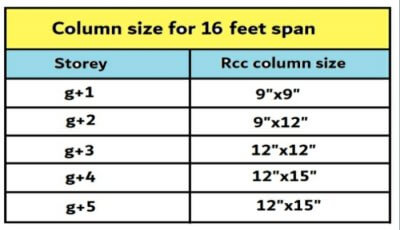 What is column size for 16 feet span for residential… 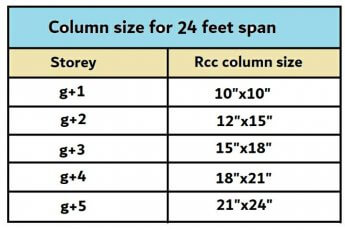 What is column size for 24 feet span for residential… 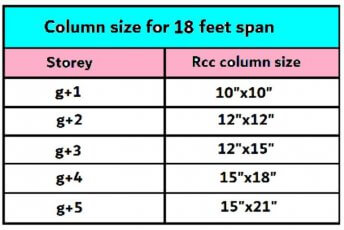 What is column size for 18 feet span for residential… 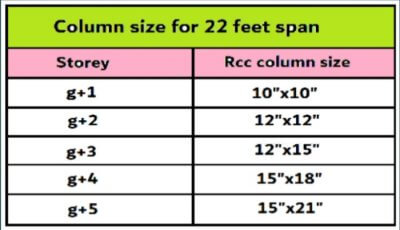 What is column size for 22 feet span for residential… 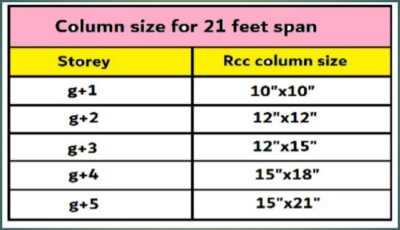 What is column size for 21 feet span for residential…